A man who stripped naked on an MRT train on Thursday evening has been arrested by the police. An SMRT spokesman said the male passenger boarded a southbound train at Bukit Batok station on the North-South Line, and began to undress during the journey until he was completely naked.

A netizen, who posted a photo of the man online, wrote that the man “started to strip bare naked and started playing with his genitals” at Yishun station. The man decided to lie down on the floor after that, the netizen wrote.

The SMRT spokesman said a passenger activated the emergency communication button at Yishun station at 6.54pm, and SMRT staff boarded the train at Khatib at 6.56pm to take the man away. He was handed over to the police for further investigation. 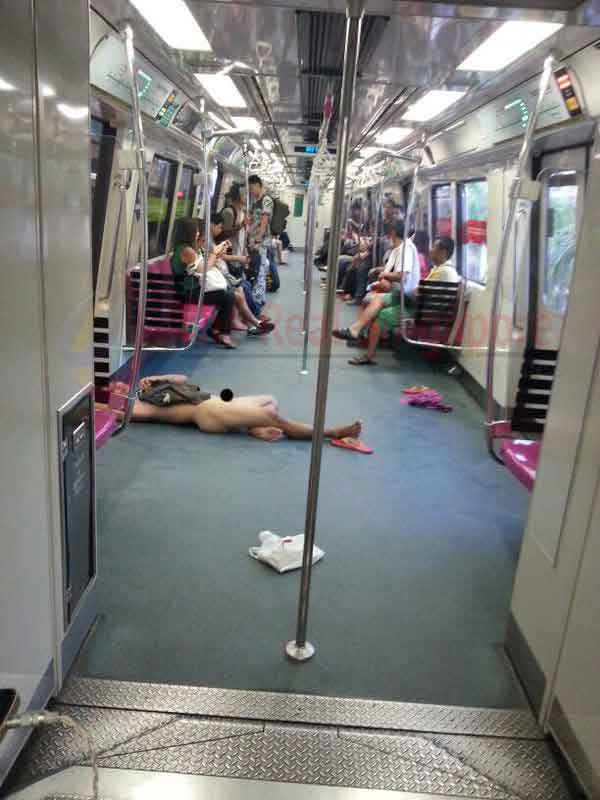 Maybe he is drunk. :p