After news of Singapore topping the chart as the world’s most expensive country, a foreign working in Singapore wrote an article on Singapore being the world’s least positive country and talk about her own experience here. Frankly, as Singaporean, we also feel the same way as what she wrote in some parts. What do you think?

It was Christmas, but as my husband and I waited for our luggage in the shiny arrivals hall of Changi airport, the internet delivered tidings of no joy.

“Check this out,” posted one friend on my Facebook wall, with a link to a survey of 148 countries in which Singaporeans were revealed to be the least positive people on earth.

We were at the bottom of the happy pile along with Iraqis, Armenians and Serbians. “Good luck in misery city!” he wrote.

Over the next few months a happiness battle kicked off around us. Singapore’s politicians reinforced their commitment to well-being and Starhub – a mobile network provider – launched an advertising campaign called “happiness everywhere”, full of smiling Singaporeans dancing to plinky-plonky guitar music.

On the other side there emerged, mostly on the internet, an army of discontented souls who applauded the survey for validating their sense that life just seems to be getting harder and more expensive as Singapore gets richer.

Personally, I chose to ignore the public hyperbole and concentrate on what I encountered personally. And sure enough we have found plenty of apparent happiness.

In the free public barbecue pits of Singapore’s beautifully kept parks, for example – always full of jolly families and groups of friends enjoying an evening in the tropical heat over a coolbox of beer. And in the broad, toothless grin of the septuagenarian vendor at our local food court, who served me my daily dose of delicious, fresh pineapple juice.

And at dinners with our Singaporean friends who did not seem to moan any more than the rest of us – sure they are battling soaring property prices and the tedium of the corporate ladder, but coming from London that was hardly unfamiliar.

We got on with life on the immaculate island, where social housing estates look like spotless toy towns, crime is pretty much non-existent and you can get a delicious bowl of noodles for $3 (£1.50). If we were living in the misery capital of the world it certainly was not affecting our own sense of happiness.

Until I got pregnant. Ten weeks of morning sickness ensued, turning my daily commute into a 45-minute gauntlet. One morning the nausea finally got the better of me just as I had stepped on to a packed train. Worried I was going to faint, I crouched to the floor, holding my head in my hands.

And so I remained, completely ignored, for the full 15 minutes it took to reach my station. Nobody offered me seat or asked me if I was OK. For the first time Singapore had made me feel unhappy. I had been vulnerable – completely reliant on the kindness of strangers. Singaporeans, I felt, had let me down.

As I sat recovering on the platform, I wondered if this was part of the story behind those Gallup poll results. By this time a follow-up to the original survey had been published and according to the figures, Singapore had apparently cheered up quite a lot.

But all I could see was a massive compassion deficit. Or were my fellow passengers that day just unusually uncaring?

“Oh no, I am not surprised at all,” said a Singaporean friend later that day. “My sister is seven months pregnant and she fell down a packed escalator the other day and had to crawl to the nearest railing to heave herself up. Nobody helped.”

Another Singaporean friend was equally unsurprised. “I slipped down a drain last year and cut my leg,” she said. “It was bleeding badly but nobody stopped to help. Perhaps they were all in a rush.”

Our friend Marcus offered deeper analysis over brunch in a trendy retro cafe. That is not his real name by the way – in this authoritarian democracy, the majority of people are very reluctant to go on the record with anything remotely negative about Singapore.

And negative Marcus is: “We are programmed to think only about ourselves,” he exclaimed. “The only thing that matters is money – helping people is not important.”

Marcus is Chinese Singaporean but was educated in Canada. After five years back home he is desperate to leave again, because, he says, Singapore makes him unhappy too.

“In Canada people were helpful and friendly and they respect each other regardless of whether you are a manager or a bus driver.

“The problem here is that we measure everything in dollar bills – personal identity, self-respect, happiness, your sense of worth – it is all linked to how much money you have. But only the top few per cent earn serious cash – so everyone else feels worthless and apathetic.”

We went on to discuss the numerous theories about whether it is materialism making Singaporeans unhappy or uncaring – or the fiercely competitive education system, or Confucianism, or the government’s historic emphasis on economic growth above all else.

Happily my morning sickness has passed, but despite becoming visibly pregnant, it was still rare for anyone to offer me a seat on the packed commuter train without my having to ask first.

I do not know if I would have had a better time in London, but in the Singaporean rat race you are certainly on your own. An unhappy conclusion, I am afraid, from misery city. 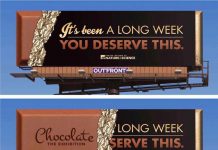