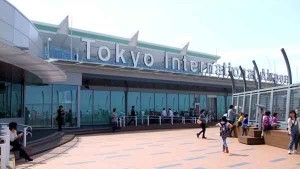 Another country to go to for our fellows Singaporean Muslims

International airports in Japan are striving to become friendlier to Muslims amid a steep increase in visitors from the Islamic world following the Japanese government’s relaxation of regulations for issuing visas.

An increase in private prayer rooms for Muslims, who pray five times a day, and availability of meals in compliance with Islamic rules are among efforts taken by airports.

Airport officials stress that they will show the heart of Japanese hospitality at the thresholds into Japan as Tokyo will host the 2020 Summer Olympic Games.

On Dec. 1, Narita Airport in Chiba Prefecture put up a new sign saying “Prayer Room” for Muslims in front of private rooms in its first and second terminals. Each room is covered with a carpet and a direction panel on the ceiling so that Muslims can readily fall to their knees and pray in the direction of their holy place Mecca.

The rooms, called Silence Rooms, could be used for prayer in the past but had no Prayer Room sign. In the past, there were Muslims who performed prayers on the terminal building floor after arriving at Narita as they did not know of the existence of the private rooms, according to a 35-year-old member of the Ahmadiyya Muslim Community Japan, an association of Muslims in Japan.

Japan relaxed the rules for issuance to visas to visitors from Indonesia, Malaysia and three other Southeast Asian nations in July. Muslims account for an estimated 90% of Indonesia’s 240 million population and 60% of Malaysia’s 29 million.

A total of 28,000 people visited Japan from Indonesia and Malaysia in October, up 40% from a year earlier. A public relations official at Narita Airport said the operator of the airport near Tokyo should have done more to publicize the presence of prayer rooms for Muslims and make facilities there friendlier to them.

“We will seek to create a user-friendly airport for Muslims and other people who will visit Japan for the Olympic Games,” the official added.

The company has already started taking necessary steps. For example, it will install by January washing equipment in the prayer rooms for Muslims to purify themselves before performing prayers. By next summer, furthermore, two prayer rooms will be built in the area where passengers walk through after embarkation procedures.

Kansai Airport, which created a prayer room in 2006, announced a plan in August to open two more rooms by next spring.

The airport in Osaka has also started joint efforts with tenants in its passenger terminal building to better receive visitors from the Islamic world. Starting this summer, a noodle shop and another restaurant began serving meals prepared in compliance with Islamic cooking rules, called Halal, which include a ban on the use of pork.

Haneda Airport in Tokyo will open a prayer room by next March.

Major airports in Europe, a popular destination of tourists from the Islamic world, have already completed prayer rooms for Muslims, according to the Ministry of Land, Infrastructure, Transport and Tourism.

Airports in Japan have begun earnest efforts at last to become friendly to Muslims, said Ken Fujita, head of a project at the ASEAN Promotion Center on Trade, Investment and Tourism in Tokyo to provide information on Islam to airports.

More Muslims should visit Japan if the efforts are recognised widely in the Islamic world, he added. 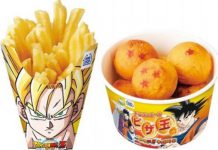