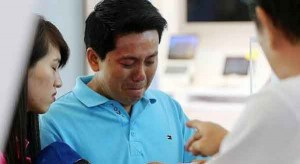 Sigh, this is a sad story. For all foreigners coming to Singapore, please kindly skip this place for electronics. Only level 3-6 are good for computer parts.

A Vietnamese tourist walked away from Sim Lim Square poorer by two months’ salary, and without the iPhone 6 he had hoped to get for his girlfriend.

The incident is the latest dispute involving a mobile phone shop that made headlines earlier after it reportedly refunded a customer in coins.

Mr Pham Van Thoai, a factory worker, was so desperate he knelt down to beg the shop employees to return his hard-earned cash, but only got refunded less than half of what he paid.

On holiday here with his girlfriend, Mr Pham wanted to get her the latest iPhone as a birthday gift.

He forked out $950 for the smartphone at Mobile Air, and was going to leave when he was asked to pay an additional $1,500 as warranty fees.

Mr Pham, 30, broke down as he spoke to a reporter from local Chinese daily, Lianhe Zaobao, on Monday.

He had been asked to sign an agreement, but did not scrutinise it as his English was not fluent, and he thought Singapore was a safe place to shop.

“When they asked me if I wanted one year or two years’ warranty, I assumed that the one-year warranty was complimentary, so I said one year. He didn’t say I have to pay,” he told Zaobao.

He was told that if he did not pay up for the warranty, he could not leave without the phone.

Mr Pham said he knelt down and begged for his money back, but they just laughed at him.

They finally agreed to return $600 to him, but his girlfriend refused to leave without the rest of the money and called the police.

When police arrived, staff at Mobile Air said Mr Pham had signed an agreement with them, and offered to refund him just $70.

After intervention from the Consumers Association of Singapore (Case), he got a refund of $400, but was still short of $550.

“I am going home in two days, and I don’t want any trouble, so I decided to accept the partial refund.” Mr Pham said, adding that he was not sure Case would be able to get him a full refund.

Case says Mobile Air has 14 consumer complaints lodged against it from July to September, one of the highest among retailers here.

It made headlines last week for paying back $1,010 in coins to a woman who had won a claim against them in the Small Claims Tribunal. 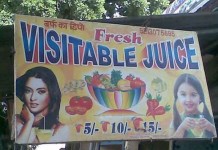 Singapore Student Charged to Court Over Usage of Socket at MRT...