More heavy-vehicle drivers seem to be getting reckless on Singapore’s roads.

Latest Traffic Police statistics revealed to The Straits Times show that the number of traffic violations committed by them has risen by 15.6 per cent in the past three years, from 10,882 in 2010 to 12,583 last year.

Common offences include failing to wear seat belts, speeding and failing to drive on the leftmost lane of the expressway, a spokesman said. Accidents involving heavy vehicles accounted for about 9 per cent of the total number of accidents in the past three years. 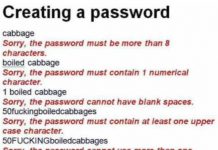