In the first week of July, about 1.6 million Singaporeans will receive letters informing them of their 2014 GST Voucher (GSTV), as well as other Budget 2014 benefits such as the 2014 GSTV Special Payments, the 5-Year Medisave top-up, as well as the Service and Conservancy Charges (S&CC) rebates, the Ministry of Finance (MOF) said in a press release on Monday (June 30).

Most Singaporeans will automatically receive their GSTV payouts and 5-Year Medisave top-ups, the MOF said. Those who have not signed up for past Government payouts and/or are not CPF members will receive letters informing them of the actions they need to take by Dec 31 to receive their benefits.

The benefits are as follows:

GSTV – MEDISAVE
About 380,000 Singaporeans aged 65 and above will also receive the GSTV – Medisave top-up on Aug 1, at a cost to the Government of S$115 million.

GSTV – U-SAVE AND GSTV – U-SAVE SPECIAL PAYMENT
The regular GST Voucher – U-Save will be given out quarterly, the MOF said. In addition, a Special Payment will be given out in July 2014 and January 2015. These vouchers will offset utilities directly and cost the Government S$290 million in total. In July, 800,000 households will receive S$90 to S$195 each in rebates, depending on the type of flat they stay in. ADDITIONAL MEDISAVE TOP-UPS UNDER 5-YEAR MEDISAVE TOP-UP SCHEME
As announced in Budget 2014, Singaporeans born on or before Dec 31, 1959 – in other words, those aged 55 and above in 2014 – and who do not enjoy Pioneer Generation benefits will receive Medisave top-ups of S$100 or S$200 annually over the next five years, the ministry said. About 530,000 Singaporeans will benefit at a cost to the Government of S$100 million. Those who stay in homes of Annual Value above S$13,000 or who own more than one property will receive S$100 a year. “The vast majority – those living in HDB flats who do not own more than one property – will get the higher top-up of S$200 a year,” the MOF announced. 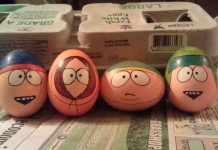 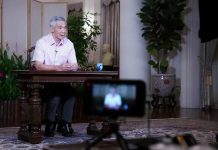