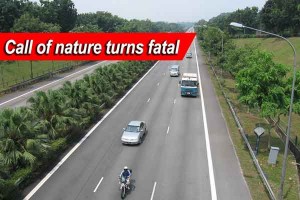 The Straits Times reported that Mr Ngoi Yew Fatt, 54, a former associate of the notorious One-eyed Dragon, was killed in a road accident earlier this year involving two Traffic Police motorcyles – all because he insisted on urinating along the Tampines Expressway (TPE).

Mr Ngoi had attended a Chinese New Year ‘chap goh mei’ function in Tampines on 24th February and subsequently got drunk. He was being driven home in a Mercedes- Benz by his friend, Mr Boon Tian Say, 59, when he suddenly asked Mr Boon to stop because he needed to pee.

Mr Boon was reluctant to do so because it was dangerous but Mr Ngoi grabbed his neck from behind in a headlock while repeatedly shouting the phrase ‘pangjio’, or urinate in Hokkien.

Mr Boon then stopped the car on the road shoulder. Mr Ngoi got out and dashed across the four-lane highway in a zig-zag manner towards oncoming traffic. He was walking back from the expressway’s central divider when he was hit by two Traffic Police motorcyles in the second lane.

The first rider was Sergeant Mark Tan Ewi Zhi, 24. He was followed by Sgt Nazir Jaffar, 25. Both were then travelling at about 100km/h because they were trying to catch up with two cars that were swerving in and out of traffic.

On impact, Sgt Nazir and Mr Ngoi were flung to the right and hit a stationary sports utility vehicle (SUV). Sgt Nazir suffered mild abrasions but Mr Ngoi, who had three times the legal limit of alcohol in his blood, was pronounced dead at the scene. A sedative, phenazepam, was also found in Mr Ngoi’s blood. 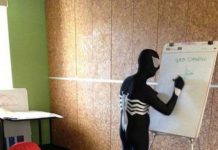 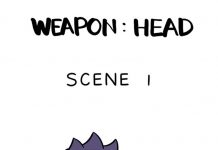 Why Beer is Always Good, They are the Best