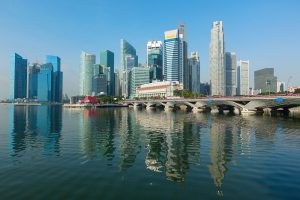 Twelve foreigners were deported and banned from re-entering Singapore after they breached safe distancing measures during the circuit breaker period.

According to a joint statement released by the Immigration and Checkpoints Authority (ICA), nine men and three women aged between 20 and 37 were deported and barred from Singapore for disregarding Covid-19 safety measures. Three separate cases occurred among the group.

Case 1
A 23-year-old Malaysian work permit holder Arvinish N Ramakrishnan invited his friend to his place on April 18, 2020, for drinks. Mr Arvinish later brought his friend home by motorcycle. He was stopped by officers along Yishun Avenue 6 for drunk-driving under Section 67(1)(b) of the Road Traffic Act and for violating restrictions on leaving his place of residence and the prohibition on social gatherings under Regulations 4(2) and 6 of the COVID-19 (Temporary Measures) (Control Order) Regulations 2020. Mr Arvinish pleaded guilty to his offences and was fined S$4,000, said the ICA. Mr Arvinish also had his work pass revoked and was deported to Malaysia on June 5, with no chance of re-entry. His friend was given a stern warning for violating rules and regulations.

Case 2
Cheng Fengzhao, a 37-year-old Chinese national with a Singapore work permit, was arrested on May 5, 2020, during an anti-vice operation by Police at a condominium unit along 30 Jalan Kemaman. She was found guilty of inviting a man who does not live in the area into her residence and offering him a massage and sexual service in exchange for S$100. Ms Cheng admitted to inviting the same man into her residence on April 19. She pleaded guilty to her offences and was fined S$7,000, said the ICA. Her work pass was revoked, and she was deported to the People’s Republic of China on June 10. Ms Cheng was barred re-entry to Singapore. The man involved was a Singaporean and given a Notice of Composition for violating the prohibition on social gatherings under Regulation 6 of the COVID-19 (Temporary Measures) (Control Order) Regulations 2020.

Case 3
Three tenants, two men and a woman, staying at a residential unit along Kim Keat Road, invited six men and a woman for a social gathering on May 5, 2020. “The three tenants, 20-year-old Navdeep Singh, 21-year-old Sajandeep Singh and 27-year-old Avinash Kaur, were charged with permitting other individuals to enter their place of residence without a valid reason,” said the ICA. Meanwhile, the seven visitors, 33-year-old Waseem Akram, 26-year-old Mohammed Imran Pasha, 20-year-old Arpit Kumar, 20-year-old Vijay Kumar, 30-year-old Karmjit Singh, 21-year-old Sharma Lukesh and 23-year-old Bhullar Jasteena, were charged with violating the prohibition on social gatherings under the same law. The 10 individuals of Indian nationality and holding work or student passes pleaded guilty to their offences and have been fined between S$2,000 and S$4,500. Their passes were cancelled after their convictions. They were deported to India between June and July 2020 and barred from re-entering Singapore.

The ICA noted that “authorities will not hesitate to take strong action against anyone who does not comply with social distancing measures or shows blatant disregard for our laws, and this may include the termination of visas or work passes, where applicable.”

Underwater Microphones Suggest MH370 May Have Crashed Near Madagascar