China has said that one of its satellites has detected three large floating objects in a suspected crash site near where a missing Malaysian jet lost contact, the latest twist in a hunt which entered its sixth day on Thursday. China’s state science and technology administration said on late Wednesday that a Chinese satellite had seen the objects in a “suspected crash sea area” in the South China Sea on March 9, and that the images were being analysed.

The search for Malaysia Airlines flight MH370 now encompasses nearly 27,000 nautical miles (over 90,000 square kilometres) — roughly the size of Portugal — and involves the navies and air forces of multiple nations. The hunt originally focused on an area off Vietnam’s South China Sea coast where the Boeing 777 last made contact on Saturday during its journey from Kuala Lumpur to Beijing.

Malaysian authorities later expanded the search to the Andaman Sea, north of Indonesia, hundreds of miles away. The suspected objects detected by the Chinese satellite were found at 105.63 degrees longitude East and 6.7 degrees latitude North, the administration said on its website.

It added that they were spread across an area with a radius of 20 kilometres (12 miles), in sizes that appeared to be 13 x 18 metres, 14 x 19 metres and 24 x 22 metres. Previous sighting of possible debris have proved not to be from the jet. It was not clear whether or when the images had been shared with Malaysian officials coordinating the ever-shifting search effort. Officials could not immediately be reached for comment on Thursday morning.

US authorities said on Wednesday that their spy satellites had detected no sign of a mid-air explosion when a Malaysian airliner lost contact with air traffic controllers. On Wednesday, Malaysia denied that the hunt for the aircraft was mired in confusion after a series of false alarms, rumours and contradictory statements. 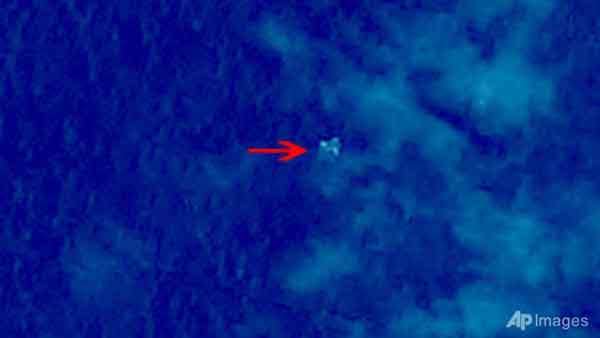 Malaysian air force chief General Rodzali Daud attempted to explain why the search zone had been expanded, telling a press conference that military radar detected an unidentified object early Saturday north of the Malacca Strait off Malaysia’s west coast. He said that the reading, taken less than an hour after the plane lost contact over the South China Sea, was still being investigated and they were not able to confirm it was MH370.

The confusion has fuelled perceptions that Malaysian authorities are unable to handle a crisis on this scale, and infuriated relatives. Analysts said there were burning questions over what information — if any — Malaysia has gleaned from both military and civilian radar, and the plane’s transponders, and over discounted reports it was later detected near Indonesia.

“There are so many information sources that do not appear to have been used effectively in this case. As a result, the families of the missing passengers and crew are being kept in the dark,” said David Learmount, operations and safety editor at industry magazine Flightglobal.

Months before the Malaysia Airlines jet vanished, US regulators had warned of a “cracking and corrosion” problem on Boeing 777s that could lead to a mid-air breakup and drastic drop in cabin pressure. “We are issuing this AD (Airworthiness Directive) to detect and correct cracking and corrosion in the fuselage skin, which could lead to rapid decompression and loss of structural integrity of the airplane,” the Federal Aviation Administration said.

It had circulated a draft of the warning in September, issuing a final directive on March 5, three days before MH370 disappeared.

In Malaysia, frustrations were boiling over with the country’s active social media and some press outlets turning from sympathy for the families of relatives to anger over the fruitless search.

“The mood among Malaysians now is moving from patience… to embarrassment and anger over discrepancies about passengers, offloaded baggage and concealed information about its last known position,” Malaysian Insider, a leading news portal, said in a commentary.

Twitter users took aim at the web of contradictory information that has fuelled conspiracy theories. “If the Malaysian military did not see MH370 turn toward the Malacca Strait, then why the search? Who decided to look there and why?” one comment said.

The anger was compounded by a report aired on Australian television of a past cockpit security breach involving the co-pilot of the missing jet. Malaysia Airlines said it was “shocked” over allegations that First Officer Fariq Abdul Hamid, 27, along with a fellow pilot, violated airline rules in 2011 by allowing two young South African women into their cockpit during a flight. 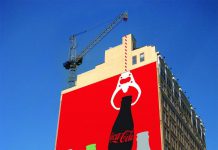