Seriously? $0.20, are our banks so desperate now? First one of the sector increase vehicles COE, then another sector so call improve their transport service then increase their fees. Now the bank wants to charge to top up EZ-Link Card… We can only say, WELL PLANNED!!!

EZ-Link cardholders now have to pay 20 cents every time they top up their card at all DBS, OCBC ATMs and AXS stations.

According to an advisory posted on EZ-Link website, this came into effect at the start of July.

It is still free if cardholders top up their cards at places like Transit Link sales offices, Add Value Machines and General Ticketing Machines located at MRT stations and selected bus interchanges, as well as EZ-Link Top-up Machines at People’s Association Community Centres.

An EZ-Link card user said: “I didn’t even know that this new surcharge update was there. So I think it would have been much better if they put up some kind of notice to inform the general public.”

Another user said: “If I were in a situation where I really needed to (pay the surcharge), then I wouldn’t have a choice. It depends on how desperate I am at that moment.”

In response, EZ-Link said the top up fee of 20 cents was waived for an initial one year period but it extended the arrangement for four years to allow sufficient time for consumers to try out the service. Since then EZ-Link has been bearing the cost.

It said it is now timely to implement the fee given that there are other free top up channels available to consumers.

It added that there is a message on the ATM screen which informs customers of the top up fee.

When asked, the Consumer Association of Singapore told Channel NewsAsia that EZ-Link should “enhance transparency by communicating better to consumers by putting posters at permanent locations such as at the walls near ATMs. 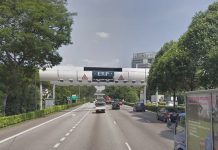