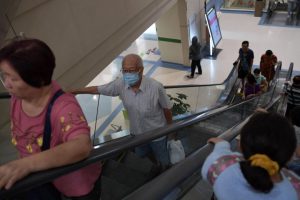 As of Wednesday, 5th Feb 2020, Four new cases of the novel coronavirus have been confirmed in Singapore, increasing the number to 28 people tested positive for coronavirus.

Of the four new cases, three cases are linked to the cluster of local transmission announced on Tuesday, 4th Feb 2020, and one is an imported case involving a Chinese tourist from Wuhan.

Singapore’s first locally transmitted cases were announced on Tuesday, 4th Feb 2020. One of them was a tour guide for a group of Chinese tourists, two others worked at a shop the group had visited and the fourth case was a domestic helper of one of the cases. This is bad, it seem to be spreading to our local community.

With the current new cases, our Singapore local transmission has confirmed 7 cases.

Among them the 4 confirmed on Wednesday 5th Feb 2020, two are family members of a 28-year-old woman – a confirmed case announced on Tuesday, 4th Feb 2020, who works at Yong Thai Hang, a health product shop that primarily serves Chinese tourists. These two new cases have no recent travel history to China, so it means they are confirmed to have been spread by Singaporean locally.

One of them is the woman’s husband. The 45-year-old male Singaporean tested positive on Wednesday at about 2pm, and is currently warded in an isolation room at NCID.

The couple’s child, a six-month-old boy, tested positive at the same time and is currently warded in an isolation room at KK Women’s and Children’s Hospital. The family’s domestic helper was one of the confirmed cases on Tuesday.

The child was not in any infant care facility and was cared for at home, prior to being admitted to the hospital.

Another confirmed case announced on Wednesday, 5th Feb 2020, is also part of this cluster. He is a 40-year-old male Singaporean and the husband of a 32-year-old tour guide who brought tourists to Yong Thai Hang. She was confirmed as a coronavirus case on Tuesday.

This man have not recently travel to China, so this is also anothe case of locally transmitted.

He is currently warded in an isolation room at NCID.

He first reported that he developed a fever on Jan 24. He visited Hougang Polyclinic with his wife on Jan 30, and self-presented at NCID on Monday, where he was immediately isolated.

Subsequent test results confirmed his infection on Tuesday at about 8pm.

The woman went to NCID on Monday, and was confirmed to be infected on Tuesday at about 2pm. She is currently warded in an isolation room at NCID.

“While she had previously reported that she was asymptomatic when she went to NCID, she subsequently informed NCID on Tuesday night that she had developed a fever on Jan 30,” added MOH.

Prior to hospital admission, she stayed at her home at Buangkok Green and worked at Jalan Besar. She visited Hougang Polyclinic on Jan 30, and went to a supermarket near her home.

The man also stayed in his Buangkok Green home before being admitted to hospital.
He worked at Diamond Industries Jewellery Company at Harbour Drive which was visited by the same tour group from Guangxi. He indicated that he had visited Pasir Panjang Hawker Centre and had travelled by public transport.

A total of 379 close contacts of all confirmed cases have been identified as of noon on Wednesday, the ministry said.

Of the 304 who are still in Singapore, 299 have been contacted and are being quarantined or isolated, while efforts are ongoing to contact the remaining five.

A total of 295 of the suspect cases have tested negative and 62 were pending results.

A 42-year-old female Chinese national who arrived in Singapore from Wuhan on Jan 21 was also confirmed positive with the virus on Wednesday. She is the daughter of an earlier confirmed case, a 73-year-old woman who tested positive on Jan 30.

“As (the 42-year-old) was symptomatic, she was conveyed by ambulance to NCID on the same day as her mother, and immediately isolated,” said MOH, adding that she is currently warded in an isolation room at NCID.

Subsequent test results confirmed her infection on Tuesday at about 8pm.