The Maunsell Forts are armed towers built in the Thames and Mersey estuaries during the Second World War to help defend the United Kingdom. They were operated as army and navy forts, and named after their designer, Guy Maunsell. The forts were decommissioned in the late 1950s and later used for other activities including pirate radio broadcasting. One of the forts is managed by the unrecognised Principality of Sealand; boats visit the remaining forts occasionally, and a consortium called Project Redsands is planning to conserve the fort situated at Red Sands.

In the summers of 2007 and 2008 Red Sands Radio, a station commemorating the pirate radio stations of the 1960s, operated from the Red Sands fort on 28-day Restricted Service Licences. The fort was subsequently declared unsafe, and Red Sands Radio has moved its operations ashore to Whitstable.

Previously, forts had been built in rivermouths and similar locations to defend against ships, such as the Grain Tower Battery at the mouth of the Medway dating from 1855, Plymouth Breakwater Fort, completed 1865, the four Spithead Forts: Horse Sand Fort, No Mans Land and St Helens Forts which were built 1865-80; and Spitbank Fort, built in the 1880s, the Humber Forts on Bull & Haile Sands, completed in late 1919, and the Nab Tower, intended as part of a World War I anti-submarine defence but only set in place in 1920. 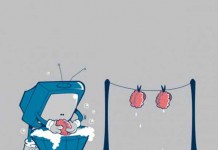 Stricter Rules against the Use of Mobile Devices While Driving