OVER THE LAST 100 YEARS, thousands of birds have flown to their death over a small strip of land in Jatinga, India. In a town of only 2,500 people, this bizarre Bermuda Triangle of fowl death remains largely unexplained, despite studies by India’s most prestigious ornithologists.

After monsoon season, usually in September and October and only occurring on dark moonless nights, 44 species of bird in Jatinga suddenly become disturbed between the hours of 6-9:30pm. Strangely becoming disoriented, the birds plunge toward the torches and lights of the cities. However, the term suicide is a misnomer for a couple of reasons.

While birds have been known to occasionally plunge to their deaths (though almost certainly not intentionally), usually it is the villagers in Jatinga who do the actual killing. Believing the birds to be “spirits flying from the sky to terrorize them” the villagers took to capturing them with bamboo poles and beating the birds to death.

Despite the danger and the repeat performances every year, the birds continue to fly to their death in this small area of 1500 by 200 meters. A number of theories have been proposed, one suggesting that a combination of high altitude, high winds, and fog leads disorients the birds and they are attracted to the light of the village (bright light itself has been known to disorient birds) as a source of flight stabilization. Another theory suggests that the weather of the region leads to “changes in the magnetic qualities of the underground water” causing the birds disoriented state.

Wildlife and bird societies in India have gone to the village to educate them about the phenomenon in an attempt to stop the mass killings of the birds. Since then bird deaths have decreased by forty percent. Government officials in Assam are hoping to use the phenomenon to attract tourists to the small city, and some work has gone into creating accommodations for visitors in Jatinga.

The phenomenon is covered in detail in the book Birds of Assam by ornithologist Dr Anwaruddin Choudhury. 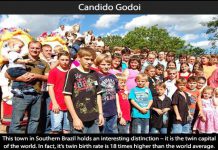 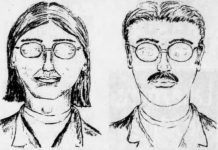