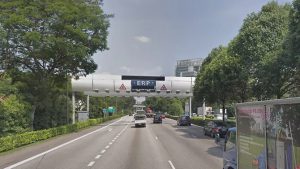 Electronic Road Pricing (ERP) rates at all gantries will remain at zero until at least Jul 26, the Land Transport Authority (LTA) said on Monday (Jun 22), following its first review of the rates after the COVID-19 “circuit breaker”.

“Based on LTA’s monitoring of traffic conditions, traffic speeds on expressways and arterial roads in early Jun 2020 have remained optimal,” said LTA in a news release.

ERP charges were first suspended on Apr 6 on the expectation that traffic would be significantly reduced during the circuit breaker, which ended on Jun 1.

LTA had resumed the ERP review process on Jun 2, in line with Singapore’s gradual reopening of its economy. As Phase 2 continues, LTA said it will continue to monitor traffic speeds and congestion levels closely.

“This will enable LTA to identify locations with congestion and determine the appropriate ERP charges,” it said.

In a Facebook post on Monday, Transport Minister Khaw Boon Wan said that it would appear employees in the Central Business District are “still working from home as far as possible”. Those who need to go to their offices are adopting staggered work hours, he added.

“The evidence is in the MRT data of commuters going to and from the Central Business District area.

Traffic volume is expected to increase in the coming weeks and some local congestion may emerge, he added.

LTA said the outcome of the next ERP rate review will be announced in the fourth week of July and the appropriate ERP rates, if any, will take effect from Jul 27.

Bewares of Phone Calls from Cheats Posing as ICA Officers