This species is endemic to the highlands of the states of Veracruz and adjacent Puebla, Mexico. It is considered to be moderately common and is regularly recorded, but its abundance is decreasing. Animals inhabit bromeliads in the canopy of montane pine-oak and cloud forest. It seems unlikely that this species can be found in degraded habitat. This is a viviparous species. The species is threatened by illegal collection for the pet trade, deforestation, and degradation of habitat, largely through the conversion of land to agricultural use.

Unlike many reptiles Mexican Alligator Lizards give birth to live young, instead of laying eggs. The female lizards have one litter of babies a year, birthing around 10 (plus or minus a few) at a time. Mexican alligator lizards have a range of colour from a bright green with yellow to a more muted teal colour with white. It is believed that the colour of the lizard depends on what kind of UVB light they receives. The lizards that have natural sunlight turn out more bright green, while the alligator lizards under artificial light produce a more teal colour.

Another possible theory that people have is that it could have to do with the insects they are fed in captivity vs. those they catch in the wild. Alligator Lizards are mainly arboreal. They live mostly up in the trees and they generally prefer large oak varieties that are are normally covered with moss, ferns, orchids and most importantly, bromeliads. Alligator lizards use bromeliads as microhabitats for humidity, water, shelter, and finding the insects that they eat.

Alligator lizards are diurnal, which means they are awake and active during the day, sunning themselves and catching food. They are most active around 75-85 F, and are found sunning themselves the most between 9 – 11 am. However, if it’s a mild sunny day, they may stay out basking into the late afternoon.

Mexican Alligator Lizards mostly live in high elevations that typically range from 4,000 – 8,000 feet. At altitudes that high, there is a large temperature drop between the day and night which help them thrive. Temperatures can range from as low as 40F to as high as 90F, but those tend to be on the extreme sides. Mexican Alligator Lizards seek out shelters to help regulate their temperatures. In the winter they will find shelter in rotting logs, hollows, etc. These spaces allow them to stay slightly warmer, and protect them from any snow that may have fallen, or cold winds.

In the Summer they seek out shady spots to hang out, such as mossy rocks and hollows in trees. Since these areas tend to be cooler, this helps the lizard from overheating when the temperatures get too high. Mexican Aligator Lizards (Abronia Graminea) are just 1 out of 28 different species of Abronia. Many of these species are endangered, and efforts by humans to conserve this species are being (and should continue to be) made.

There are a couple main causes that are causing the Mexican Alligator Lizard to become endangered. These include: humans illegally collecting them for the pet trade and deforestation and degradation of their habitat. Land being converted for agriculture use is a main cause of the loss of alligator lizards’ habitat. Mexican Alligator Lizards are another of the lizards we’ve covered that are best left to experienced keepers and professionals to keep as pets. They have very specific captive care requirements, and many of these lizards are not the most handle-able of animals. However, if their specific care and enclosure requirements are met, they can be quite a hardy animal. 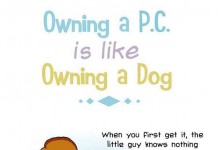 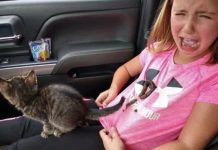