Anyone heard of this sports? Underwater Hockey?

Exactly like its name suggests, underwater hockey is indeed a game where you push a puck around underwater toward a three-meter wide metal goal. A local club was started in 2004 by a group of Filipino and Australian expats who played it abroad and missed it; since then, the sport has attracted plenty of local followers and Singapore even has a team that represents at competitions held regionally against other Asian countries like Japan, Hong Kong, Indonesia and the Philippines.

There is lessons at the Queenstown swimming pool, which has three lanes specially booked each week for newbies and veterans alike to play. The lesson starts with putting on a protective swim cap, a pair of flippers, a snorkel and mask (which the group recommends washing out with toothpaste to prevent from getting foggy), a silicon glove to protect your hand when it gets aggressive, and of course, a hockey stick, which at first glance, resembles a dull wooden dagger.

According to resident trainer Victor Toh, swimming’s not necessarily a prerequisite to play the sport – the team has even groomed non-swimmers to play – though underwater hockey does tend to attract retired competitive swimmers looking for a more fun way to continue swimming. Pool training starts with learning how to dive efficiently into the two-meter depth the game is often played at and working at staying stable underwater – which is the toughest part. It then progresses to stick skills, where you’re taught to get acquainted with moving the puck, passing, blocking your opponents from stealing it and learning how to communicate with your team mates when you’re underwater (by tapping the floor of the pool using your stick).

The rules are simple, but the main challenges to mastering underwater hockey is dealing with the three-dimensional nature of the sport – the puck can be pushed on the ground or flicked to make long passes to your team mates – and of course, holding your breath. Stamina is of the utmost importance here, and learning how to regulate your air intake while you’re in adrenaline-pumped game mode can be a great challenge, which means that the sport can only be played properly with a certain amount of fitness, or you might face matches where you’re reduced to just floating, desperately trying to catch your breath – like we inevitably did. 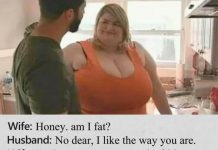 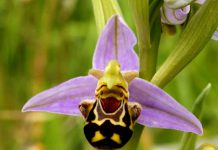